Big Game Park’s mission is to provide a safe haven for Swaziland’s beleaguered wildlife within protected areas and to make the parks a safe place for visitors. A highly disciplined and effective game ranger force is a vital necessity to ensure this.

Big Game Parks’ rangers have been singularly successful in achieving exceptionally high levels of safety in and around her parks through strict application of the law, without fear or favour. Their efforts are publicly acknowledged for having effectively arrested the former carnage of wildlife and stopping rhino poaching in its tracks. Criminals have taken notice of this highly effective ranger force and Swaziland’s amended Game Act, and have steered clear of the parks, so making them along the safest places in Africa to visit.

Over past 5 decades there is a lot to be said about Nature Conservation in Swaziland, from re-establishing 22 species of wildlife to attracting commendations and support from high profile conservation giants, and who better to elaborate on that than a game ranger with 50 years’ experience under his belt? Robert Nkontsho Vilane has served as a game ranger at Big Game Parks from 1967-2017, he currently is still in service! 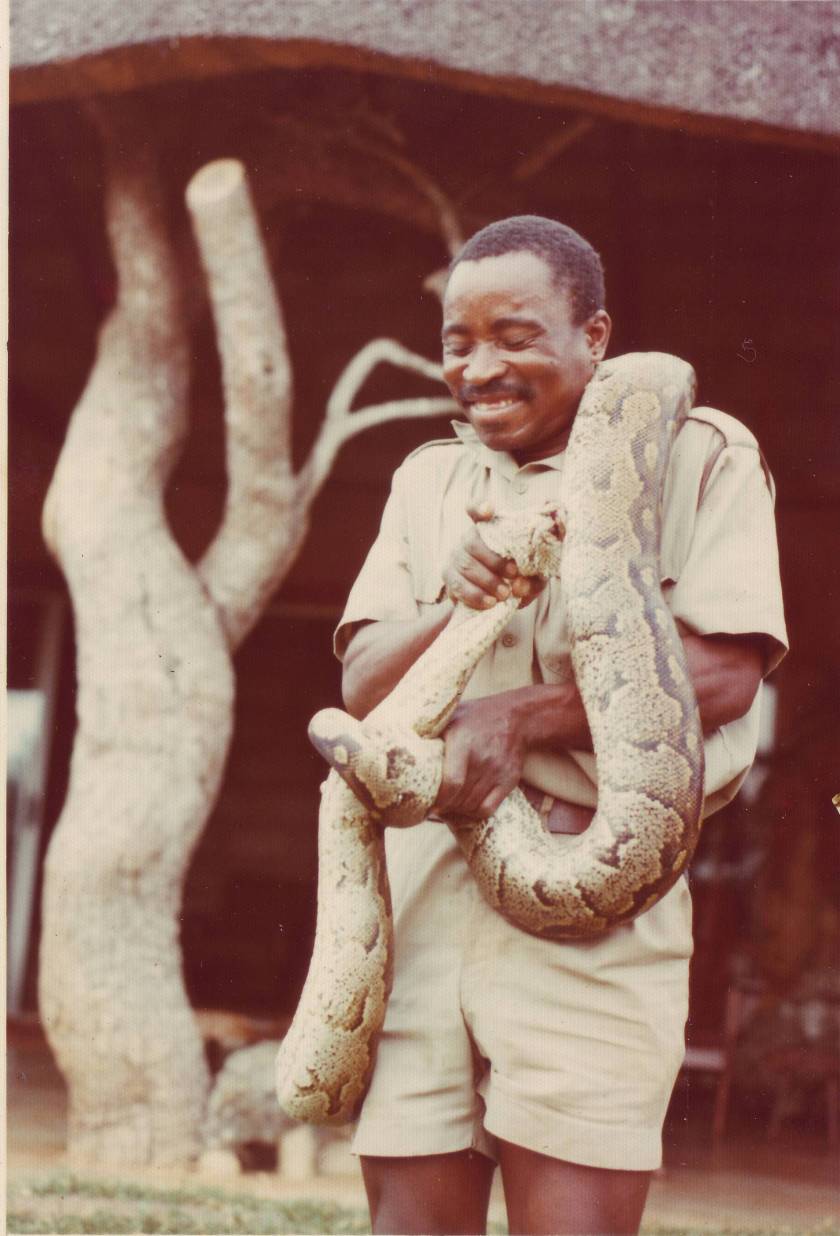 I’m very proud of myself, looking back from the start, what we did. I didn’t do it for myself but for the people of Swaziland and the future generations. I would like to thank Mr Ted Reilly (Machobane) for his vision which was a mission impossible from the early days of Conservation. Now his name will live forever for what he did for the country and the world at large, not forgetting His Majesty King Sobhuza II who was father of nature Conservation and for his wisdom, and of course His Majesty King Mswati III for his great support.

Truly speaking if it wasn’t for the effort of Swaziland’s Royal House and Machobane, I don’t think there will be animals left today. 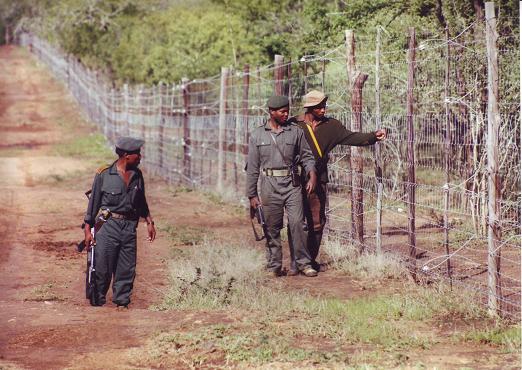 You have worked for Big Game Parks for a long time, how is it different now to what it was like back when you started out.

Work these days is much easier than when we started. Nowadays when patrolling the bush and by chance you come across a poacher, it is much easier to arrest them than before. Last time working for game reserves was a difficult task and the people were always fighting the rangers saying that they are hunting their heritage which is owned by no one.

There is an old story about game capture in the early days, where you were catching warthogs and one warthog got the better of you. Could you share the story and give us some advice regarding warthogs?

Yeah I’ve been working for BGP for a very long time, started way back in 1967 and I’m still in service.  What I can say is that warthogs are wild animals and if you capture warthogs, they will give you a hell of a hard time.  If you are not careful enough, you might pay an ultimate price of being ripped apart and sometimes you get punished by the warthog with their tusk.  I’ll tell you what I’ve got a big scar on my leg.

Warthogs are very dangerous; people should not underestimate these creatures due to their size. They should be treated with great respect. l urge people to take extra care of wild animals especial warthogs, they will teach you an unforgettable lesson like they did to me.

Do you have any other memorable game capture stories?

A lot I can say about game capture, these days catching animals is very easy and simple.  During the early days of conservation in Swaziland I remember catching impalas at Hlane in middle of the night, chasing the animals with the car in the bush. Imagine driving a car at night at a high speed in the bush chasing animals!  I use to ask myself that if this car accidentally falls in a ditch what would happen? Is there life after that or I will die straight away at the scene? Even though we had fear for our lives, we gave our best and we proceeded with company of Petros Ngomane and others. Unfortunately Petros is retired and luckily for me I’m still in service as we speak right now. 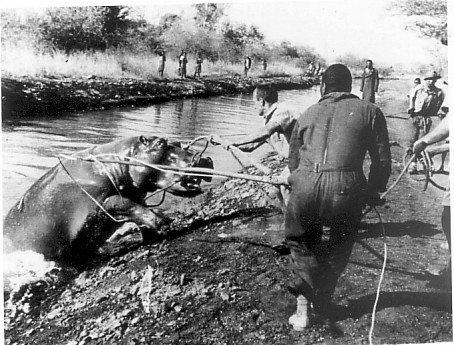 You worked with Petros Ngomane for a very long time.  Tells us about that?

When I started working for BGP, Petros Ngomane was already here working.  What I heard is that one day he was patrolling alone and he came across a poacher in the bush, Petros tried to reason with the poacher in order to bring him to book but the offender resisted arrest and started picking up a fight with Petros.  Unfortunately the poacher got the better of him and eventually stab him. Fortunately for Petros with the help of the doctors he stood back to his feet and continued protecting Swaziland’s heritage.  Even today Petros is still alive but not in service anymore.

You were known as the voice behind the National Environmental Education Program on radio. How was that experience and what did you learn from it?

Actually doing the Environmental Program on radio was a very, very good move because lots of people were educated through the program and they learnt a lot from it. The Fact is we were trying to let people know that wild animals has the right to live as well as we do, and people should learn to live with animals side by side. Right now I’m getting old and l will be retiring very soon and still I’m saying the same thing – that is lets join hands in fighting poaching and conserving wild animals. Animals are not for Big Game Parks people, animals are for the entire world. People from abroad they come here to see these animals and I’ve noticed big coaches transporting tourists around Swaziland who come here to see these animals. Wild animals are our heritage and it’s for the Swazi people. 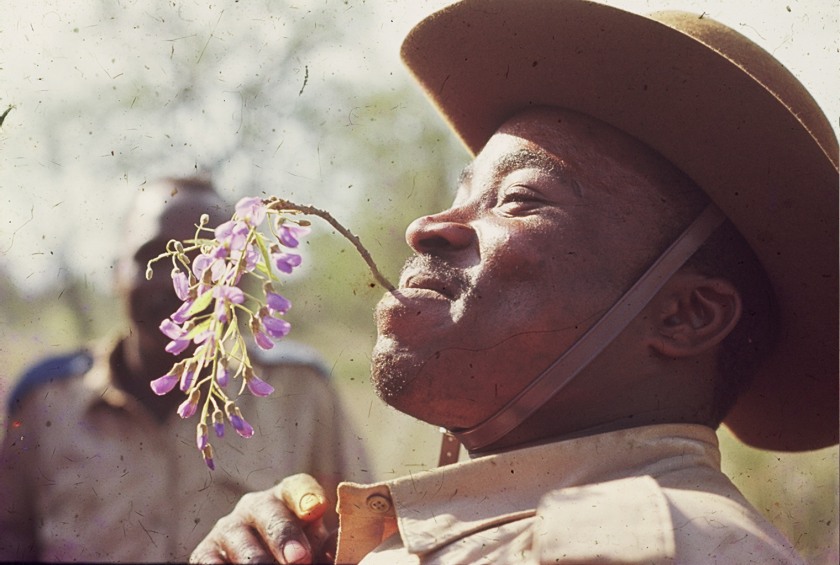 You have also played a big role in upholding anti-poaching standards in Swaziland. Tell us more about that experience and what you learned from it?

I’ve learnt a lot and even today I’m still learning something and that animals need to be protected especial white and black rhinos, currently we have a big problem with rhino poaching. People are killing these innocent animals and soon these creatures will be history. I have mentioned before that wild animals are not for rangers or people working at game reserves or game farms; animals are for all people. Tourism these days is one of the growing industries, so tourists come here to see wild animals and thus improving the economy for small and big entrepreneurs.

Rangers are doing a great job fighting poaching and protecting wild animals from extinction, meaning that anyone willing to see wild animals can go to to one of the game parks and see the beauty of conservation. Wild animals are known to attract lots of different people from across the globe. 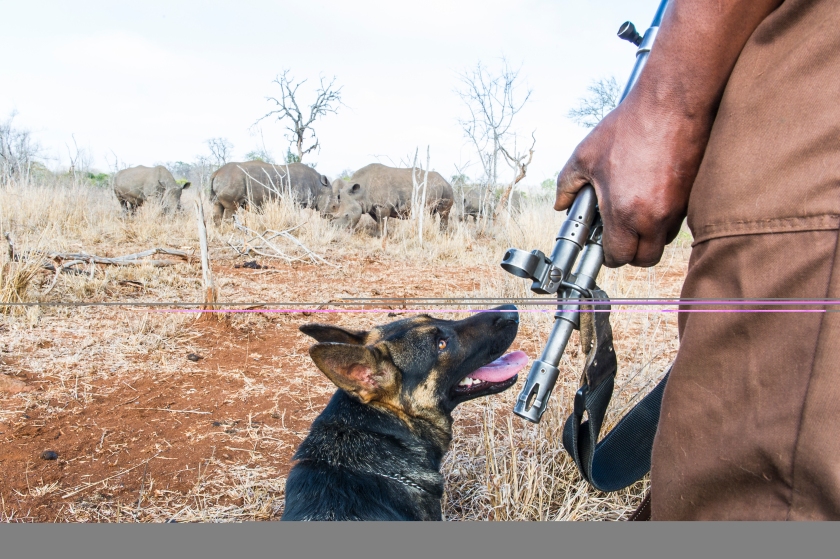 Going forward, what advice do you have for current and future Rangers alike?

To our fellow Rangers, all I want to say is don’t despair.  Keep doing the great job of protecting Swazi heritage, not for you, not for me, but for our children and future generations. Current rangers should do their job without fear and with courage, it will be very sad if this animals disappear in your hands. His majesty King Sobhuza ll gave us this job, not to anyone else, even His Majesty King Mswati III also followed his father’s footsteps and gave us words of courage. 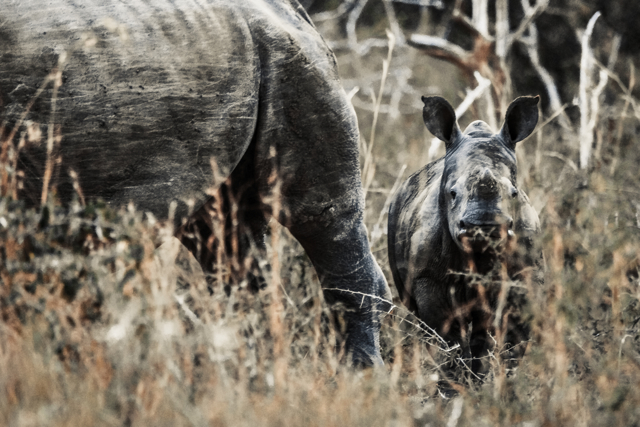 Sawubona! Welcome to Big Game Parks' Blog! From the flatlands in the East, through the mountainous and scenic West, to the heart of the lowveld in the South East, the Kingdom of Swaziland not only offers you nearly every example of African landscape but also unforgettable wildlife, culture, adventure and birding experiences. Big Game Parks (BGP) is a private non-profit Trust which manages three game reserves in Swaziland: Hlane Royal National Park, Mlilwane Wildlife Sanctuary and Mkhaya Game Reserve. All follow a common mission: to conserve the rich biodiversity of Swaziland's natural heritage. In 1960 the Reilly's family established the Kingdom's first game reserve on the Reilly family farm, Mlilwane. Hlane Royal National Park and Mkhaya Game Reserve soon followed and today the company's contribution to the restoration and protection of the Kingdom’s biodiversity is of great significance (BGP actually saved 22 species from extinction in Swaziland!) and can truly be appreciated by the discerning traveller. Swaziland is well-situated between Kruger National Park and Kwa-Zulu Natal as well as Gauteng, Mpumalanga and Maputo. Big Game Parks’ well-positioned and diverse game reserves are an essential destination in any itinerary. Discover all the latest Big Game Parks tourism, conservation and community happenings right here. Sitawubonana! See you soon! View all posts by Big Game Parks