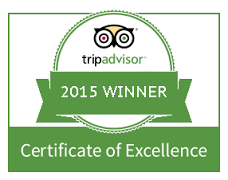 Mlilwane has won the TripAdvisor Certificate of Excellence award 2015. The accolade, which honours hospitality excellence, is given only to establishments that consistently achieve outstanding traveller reviews on TripAdvisor. Only the top-performing 10 per cent of businesses listed on TripAdvisor receive this prestigious award. To qualify for a Certificate of Excellence, businesses must maintain an overall rating of four or higher, out of a possible five, as reviewed by travellers on TripAdvisor, and must have been listed on TripAdvisor for at least 12 months. Additional criteria include the volume of reviews received within the last 12 months.

Sawubona! Welcome to Big Game Parks' Blog! From the flatlands in the East, through the mountainous and scenic West, to the heart of the lowveld in the South East, the Kingdom of Swaziland not only offers you nearly every example of African landscape but also unforgettable wildlife, culture, adventure and birding experiences. Big Game Parks (BGP) is a private non-profit Trust which manages three game reserves in Swaziland: Hlane Royal National Park, Mlilwane Wildlife Sanctuary and Mkhaya Game Reserve. All follow a common mission: to conserve the rich biodiversity of Swaziland's natural heritage. In 1960 the Reilly's family established the Kingdom's first game reserve on the Reilly family farm, Mlilwane. Hlane Royal National Park and Mkhaya Game Reserve soon followed and today the company's contribution to the restoration and protection of the Kingdom’s biodiversity is of great significance (BGP actually saved 22 species from extinction in Swaziland!) and can truly be appreciated by the discerning traveller. Swaziland is well-situated between Kruger National Park and Kwa-Zulu Natal as well as Gauteng, Mpumalanga and Maputo. Big Game Parks’ well-positioned and diverse game reserves are an essential destination in any itinerary. Discover all the latest Big Game Parks tourism, conservation and community happenings right here. Sitawubonana! See you soon! View all posts by Big Game Parks

One thought on “Mlilwane Wins Trip Advisor Award for Excellence 2015”